New airport in Panglao, Bohol to operate in August

The new airport in Panglao, Bohol is on track to open in August this year.

Although the project is somewhat delayed, the Department of Transportation (DOTr) is confident the airport would open as scheduled. But even if some works would still be unfinished by then, Mangalili assured the monitoring team that these would not disrupt airport operations.

Most of the remaining construction works are expected to be completed between mid-May and end of July.

The NBACSEPP involves the construction of a new airport of international standards in Panglao Island to replace the existing airport in Tagbilaran City. The distance between the two airports is 13.6 kilometers or 7.34 nautical miles.

The airport has a total cost of ₱7.773 billion funded by the Japan International Cooperation Agency and the Philippine government. 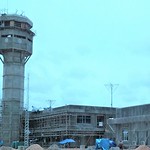 The project was originally scheduled for completion last December but this was extended until August this year due to a change in scope that included extension of the runway and expansion of the Passenger Terminal Building (PTB) from single to two-storey structure with passenger boarding bridges.

Because of its location, the airport is designed as an “eco-airport.” The multi-curved roof of the PTB was inspired by the Chocolate Hills. The PTB will have natural light and ventilation and solar power generation system.

The NBACSEPP is the second big-ticket airport project in Central Visayas slated for completion this year. The Mactan-Cebu International Airport Second Passenger Terminal Building will also start its operations in June.

Upon completion, the airport is proposed to be named Bohol-Panglao International Airport. The operation of the airport is expected to further boost the tourism industry in the province of Bohol and the entire Central Visayas.

There are no events.